My fifth novel, The Man Who Sold His Son is part of the Lanarkshire Strays series and will be available on June 30th, 2014. With the upcoming release in mind I figured that I’d make a pest of myself by asking my favourite Indie-author for his input in the form of a foreword. Enjoy

He struts confidently around various genres that I just wouldn’t ever pick up, he casts his dirty little spell over them, and he leaves me wondering how the hell he managed to make me enjoy them. But enjoy them I do, and I hate him for it. dEaDINBURGH, for example, a Young Adult tale of the undead terrorising a city. He builds his outlandish and bizarre world that- for me -will never be a likely reality, but by simply creating sturdy and believable relationships, and without pandering to convention, he turns it into something completely different. Or Naebody’s Hero, a superhero story, that focuses not on the talents and powers that his protagonist has, but on how it hinders his ability to form and keep meaningful relationships. And this, The Man Who Sold His Son, an intricate and educated piece of speculative fiction set forty years from now, about how a virus has all but killed off male fertility. About how synthetic sperm is the chosen method of fertilising women’s eggs. About how people not borne of this method are cast out of conventional society simply for being free thinkers. And about how, after a chance encounter, a man must become the sole guinea pig for a global corporation run by a man who, indeed, sold his son, so that he can save his own.
But guess what? It’s all just another extremely well thought out back drop for Mark Wilson to create another series of incredibly powerful relationships, and emotional set pieces, and it works a treat.

​Wilson’s standout strength in all of his books is his capacity for painting the raw and true emotion that runs between two people who love each other. Whether it’s between two naïve and young people first branching out into the world of dating, or if it’s the love between two best friends who, no matter how bad things get, will always be there for one another. He does it faultlessly. What he does best of all, however, is the paternal bond between male relatives, and The Man Who Sold His Son gives him the ideal foil to do just that, in abundance.

​From the intimate and tender moments between Alex and his son Tommy as their connection grows in the midst of Alex’ wife’s addiction to mind bending substances, to Tommy’s natural love of his great grandfather, Tom, the protagonist from Wilson’s debut novel Bobby’s Boy. Not only does he create, and maintain these relationships, but he takes it up another level when he masterfully sets these against the cold and heartless character, Gavin Ennis, who in the very first few pages chooses to switch off his son’s life support machine in the pursuit of his fortune.

​So again, I’ll tell you. I hate Mark Wilson. I hate his stupid face, and I hate his stupid bald head. But most of all, I hate that he manages to turn round my opinions of the genres he chooses to write with fantastic aplomb every single time. ​
​- Ryan Bracha, June 2014

You can find Ryan and his books at Amazon, US and UK

The Man Who Sold His Son is due for publication by Paddy’s Daddy Publishing on June 30th, 2014
You can find Mark Wilson and his books at Amazon, US and UK 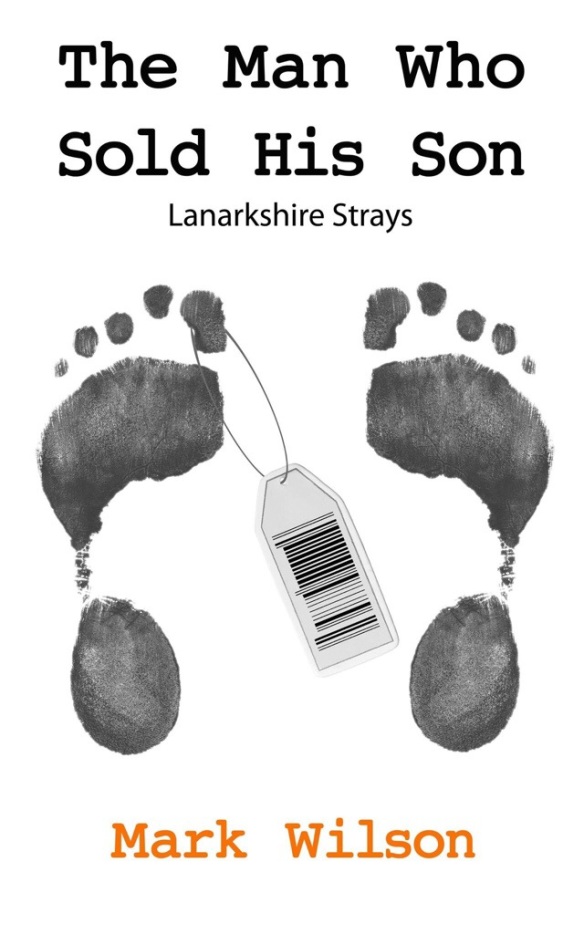