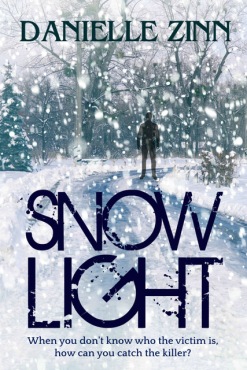 When Detective Inspector Nathaniel Thomas encounters a man attacking a young woman in a local park, the DI is unable to save her. Out of guilt, Thomas quits his job at Homicide Headquarters and relocates to the tiny village of Turtleville, where he regains control of himself and begins to enjoy life again. However, a year later, all the guilt and shame of the park murder re-emerges when a local hermit, Ethan Wright, is murdered with an unusual weapon and left on display in the centre of the village. For Thomas the situation gets worse when DS Ann Collins, a colleague from his past, appears to help with the case. But things become complicated when the victim’s identity is put into question.

Who is the victim? And why was he murdered? Thomas and Collins will find themselves trying to solve a highly unusual case and both may have more in common than they could have ever imagined.

Bloodhound adds yet another fledging talent to its stable, and a hugely entertaining novel to their catalogue with Danielle Zinn’s Snow Light.

Opening with a flashback/nightmare scene relaying the lead character’s historic failure, Zinn wastes no time in placing her readers straight into the action in Snow light. It’s an often-used, but well utilised technique, in the crime genre and works well in this instance.

Employing Third-person, past-tense throughout, Zinn’s writing style is solid and unflashy, which for this type of story is most definitely a positive. This simple narrative style is perfect for the plot and for the characters, both of which could, for me, have lost a great deal of their vitality had another, or a variety of, POVs and tenses been employed.

Descriptive without getting bogged down in minutiae, Zinn’s writing style feels fresh and immersive, particularly when she allows her characters to do the talking.

For me, Zinn’s strength as a writer lies in her skilled use of dialogue, which is witty and, more importantly, feels natural in that it reflects and coveys the characters’ mind-set and intent and succeeds well in moving the narrative forward at pace. In those sections where the characters are allowed to exchange dialogue, Zinn’s writing shines and suggests a more seasoned writer than the debut novelist she is.

At times the narrative is, as is common with a first-time author, a little exposition-heavy at times. There’s rather a little too much telling, and just a tad not enough showing, but like any writer, Zinn will have developed a greater array of tools and skills with which to tell her future stories during the course of writing her debut.

Certainly, from a starting point, Zinn is a skilled novelist who will only continue to improve her considerable ability and whom already possesses a great deal more insight, skill in characterisation and realistic dialogue than many writers with several books under their belts.

A solid debut from a writer to watch.

Snow Light is available now for Bloodhound Books and at Amazon

Danielle holds a BA (Hons) degree in Business and Management from New College Durham and after gaining some work experience in Wales and the USA, she settled down in Frankfurt am Main where she works as a Financial Controller at an IT Consultancy.

Born and raised in a small village in the Ore Mountains/Germany, Danielle was introduced to the world of English literature and writing from an early age on through her mother – an English teacher.

Her passion for sports, especially skiing and fencing, stems from her father’s side. Danielle draws her inspiration for writing from long walks in the country as well as circumnavigating the globe and visiting her friends scattered all over the world.

Mix everything together and you get “Snow Light”, her debut detective thriller combining a stunning wintry setting in the Ore Mountains with unique traditions, some sporty action and lots of suspense.